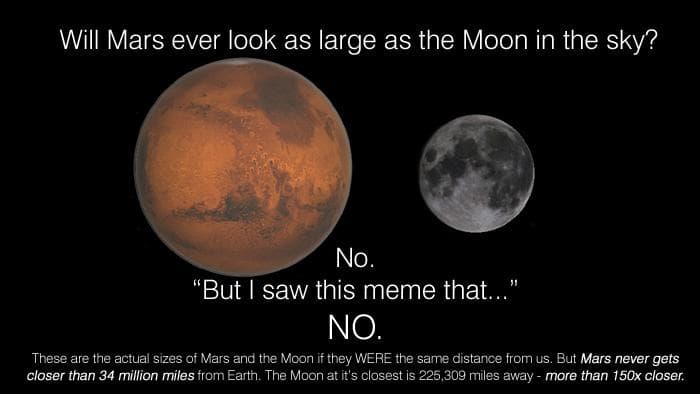 Will Mars ever look as big as the Moon?

Mars will not EVER appear as large as the full Moon, not until humans are within ~475,000 miles of it. And Mars will never be that close to Earth short of some catastrophic solar system event which everyone would certainly know about.

So just stop with the "Mars is as big as the Moon" stuff already.