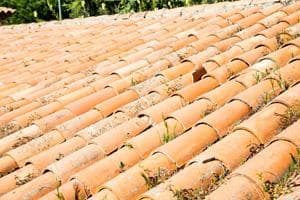 I was fresh out of college, had just moved, and the job I had lined up fell through. So I took the job that I could get immediately to care for my wife and newborn daughter. So I did, and worked for one summer at a well known lawn care company. They liked me a lot there, as our company got several handwritten notes from customers whose lawns I sprayed. I think some of the other techs didn't like me because I was new and they'd been there several years. But the key was effective communication: I told people what was up. Yes, I'm spraying your lawn, but it won't be 100% free of weeds, but I'll do my best, and you have to do your part too (mowing properly, watering, etc.).

I knew those things because even though I'd missed the first and most of the second round of applications for the season, I got caught up quickly on being educated about lawn care. One of the things I learned was that even though we were spraying lawns, which are made up of various types of grasses (fescue, Kentucky bluegrass, etc.), grass itself could be a weed.

Easy. Think of it this way: If a person has planted a lovely flower bed, with small shrubs and lots of beautiful dark mulch, the goal it so beautify their property. But if that flowerbed has a tall clump of grass growing in it, then that grass is a weed, because it is a plant growing in an area where it is not wanted. Or, as shown here: Grass on a roof. Obviously, the grass is a weed. It is where it is unwanted.

What does this have to do with light pollution?

In the past year or so, I have been heartened to read many articles, op-eds, and other online pieces discussing light pollution. These are often thoughtful and infused with facts. They point out what light pollution is: Excessive, misdirected, or obtrusive artificial light.

Now think about that. The definition is not saying "useful" or "necessary" light. It's talking about light that is in places it is unwanted or unneeded - for example, up in the sky. A similar term, light trespass, refers to light that is shining in areas beyond its intended area. Now, invariably when I read these stories and articles about light pollution, there are comments in there from someone who says, "Light is NOT pollution!"

Really? So grass can't be a weed?

Let me put this another way. Some of us are old enough to remember the campaign in the 1970's to stop people from littering, where the Native American sheds a tear from someone throwing trash out of their car. It was effective because it, excuse the pun, shed light on an issue that should have been obvious, but that many people ignored - until that campaign to stop that kind of pollution. Now consider this also: That soda bottle or that milk carton or that hamburger wrapper is not "pollution" when it is in the store or restaurant. But it DOES become pollution when it is discarded in an area that is inappropriate - the highway, for example. So that soda bottle isn't "pollution" in the store, but it IS pollution on the ground, isn't it?

It's not just about the stars... it's about health and sleep

Unlike weeds or soda bottles though, unwanted and mis-aimed light can travel for miles - sometimes hundreds of miles. The lights of Las Vegas spoil the dark views from the deserts around it for miles around. That "weed light" affects more than just nearby neighbors - it's affecting thousands, and sometimes millions of people. And, worse, we are discovering that having so much excess and misdirected light is bad for our health...

In addition to resetting the circadian pacemaker, light also stimulates additional neuroendocrine and neurobehavioral responses including suppression of melatonin release from the pineal gland improving alertness and performance. Low levels of illuminance in the blue or white fluorescent spectrum disrupt melatonin secretion....and various health effects. Among the latter are potential carcinogenic effects related to melatonin suppression, especially breast cancer. Other diseases that may be exacerbated by circadian disruption include obesity, diabetes, depression and mood disorders, and reproductive problems. - From REPORT 4 OF THE COUNCIL ON SCIENCE AND PUBLIC HEALTH

...and almost certainly causing us problems when we sleep:

Artificial light striking the retina between dusk and dawn exerts other physiological effects through sightless vision. It inhibits sleep-promoting neurons and activates arousal-promoting orexin neurons in the hypothalamus, and suppresses the nightly release of the soporific hormone melatonin. These factors reduce sleepiness, increase alertness and interfere with our sleep. - From the scientific journal Nature, 22 May 2013

So light can also be a good thing (daytime, light directed where needed at night) just like that soda bottle is good on the store shelf, but also a source of pollution when light is unshielded/misdirected or the soda bottle is discarded improperly. And keep in mind, the same light fixture can produce both wanted AND unwanted light if part of it aims down, but part of it goes sideways (into windows as light trespass or glare) or up (as light pollution). But if we take the simple step of aiming that light down, shielding it, or using the proper bulb in it to direct light where it is needed, we can eliminate the pollution AND maintain safety and security.

You know what else is great about that? In most cases, a lower wattage bulb can be used to light the same area. That saves money. So we can improve health, sleep and save money, simply by doing the right thing with our nighttime lights.

So why aren't many of us doing that? The bulb installed in the fixture seen here is a simple incandescent bulb, but a similarly priced silver crown bulb (available in incandescent and compact florescent versions) would direct the light down, requiring fewer lumens as the light normally directed up would be reflected ground-ward.