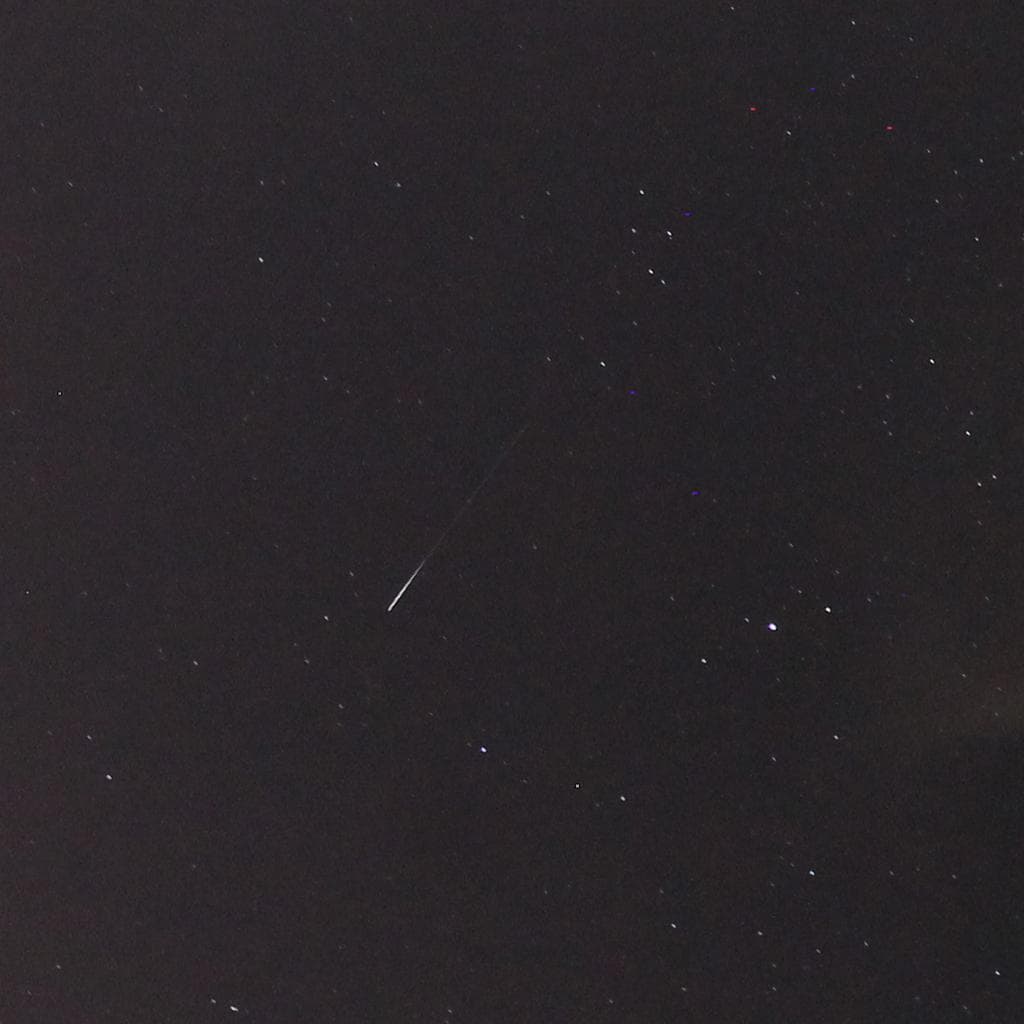 Waiting for Draconids: How to observe the shower that isn't

See, the thing is, the vast majority of meteor showers are rather dull observing events. Most - the exceptions being the Perseids, Eta Aquarids, Geminids and Quadrantids - produce the underwhelming meteors-per-hour counts of 20 or less. And the Draconids are (almost always) even worse, at five.

Yes, you read that right - FIVE meteors per hour. One every 12 minutes.

That's not to say you won't see a Draconid. I mean, there is the possibility of seeing one of those 5, should you happen to be looking in exactly the right spot at exactly the right time, and said meteor is bright enough to outshine the light pollution surrounding you.

The truth is, Draconids are produced by debris left over from Comet 21P/Giacobini-Zinner. It's orbit is slightly less than 7 years long, and it occasionallly gets close enough to Earth's orbit that it leaves a trail of stuff that Earth plows through, creating some spectacular displays. The last time that happened was in 2001, when Europeans were treated to a display of about 600 meteors per hour.

That is an admittedly impressive shower - outdoing the prolific Geminids or Quadrantids' typical 120 meteors per hour.

And the comet also produced some even more impressive displays in 1933 and 1946.

But doing the math on that, if we only get amazing displays 3 times out of every 87 years (just to be generous about it), that means we will - on average, at best - get a remarkable display every 29 years.

Now, to be fair - that is the average. Could we get a phenomenal display this year? Yes, we could. Will we? The odds say no.

But! I am ever the astronomical optimist. So while I will not say, "Get out there and observe those Draconids! They COULD be amazing!" with the same gusto that other sites tell you, I will say that if it is clear where you are, go outside, bring some binoculars, and look towards the north.

What to see instead

Observe the sky - not with abandon, but lazily.

There are some wonderful things to see that direction - let's start with the North Star. If you happen to have a telescope, use a bit of magnification here, and see if you can spot the dim, 8th magnitude companion to Polaris, sitting just 18 arc seconds away. It may take a somewhat larger telescope of 90 to 114mm to spot this, but give it a try! And, if you're just using binoculars, look for the "diamond ring" shape to the right of the north star, with Polaris serving as the diamond. 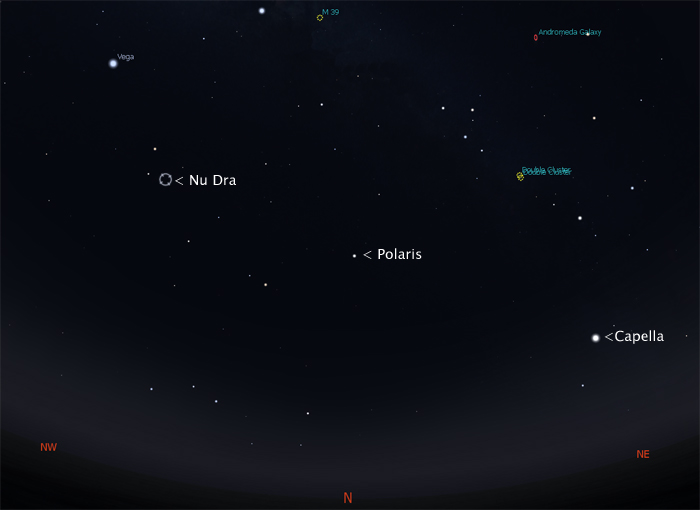 Nu Draconis is another, a double star in the "head" of Draco that can be split with binoculars, if barely. See the graphic above - follow a line from bright Capella in the northeast, through Polaris, and look for a small smattering of 2 or 3 stars 35 degrees from the north star (or, if you prefer, about 15 degrees from Vega).

Learn how to find Nu Draconis.

Up from both Polaris and Capella between Cassiopeia and Perseus is the Double Cluster, rising in Perseus towards the northeast. This is definitely a worthwhile target.

But hey, don't miss out on the Alpha Persei cluster! That is an often-overlooked open cluster that is absolutely lovely to observe through binoculars. Find it by drawing a line through Andromeda's 3 main stars from overhead, and hopping a nearly similar distance into the heart of Perseus.

Need a little assistance? I got you covered.This is how to find and observe the Alpha Persei Cluster, step by step.

And lastly, spin up overhead and look for the Andromeda Galaxy. Hand onto your hat too! This island universe is heading towards us at a speed of 250,000 miles per hour. Yikes! But no worries - it won't reach us for another 4 billion years, around the time our Sun is on its last legs and heading towards red giant status.

Need tips on how to find and see M31?

So all that is to give you something to do while you're waiting for Draconids, because, the likelihood of seeing some - or even one! - is about as high as Godot showing up.