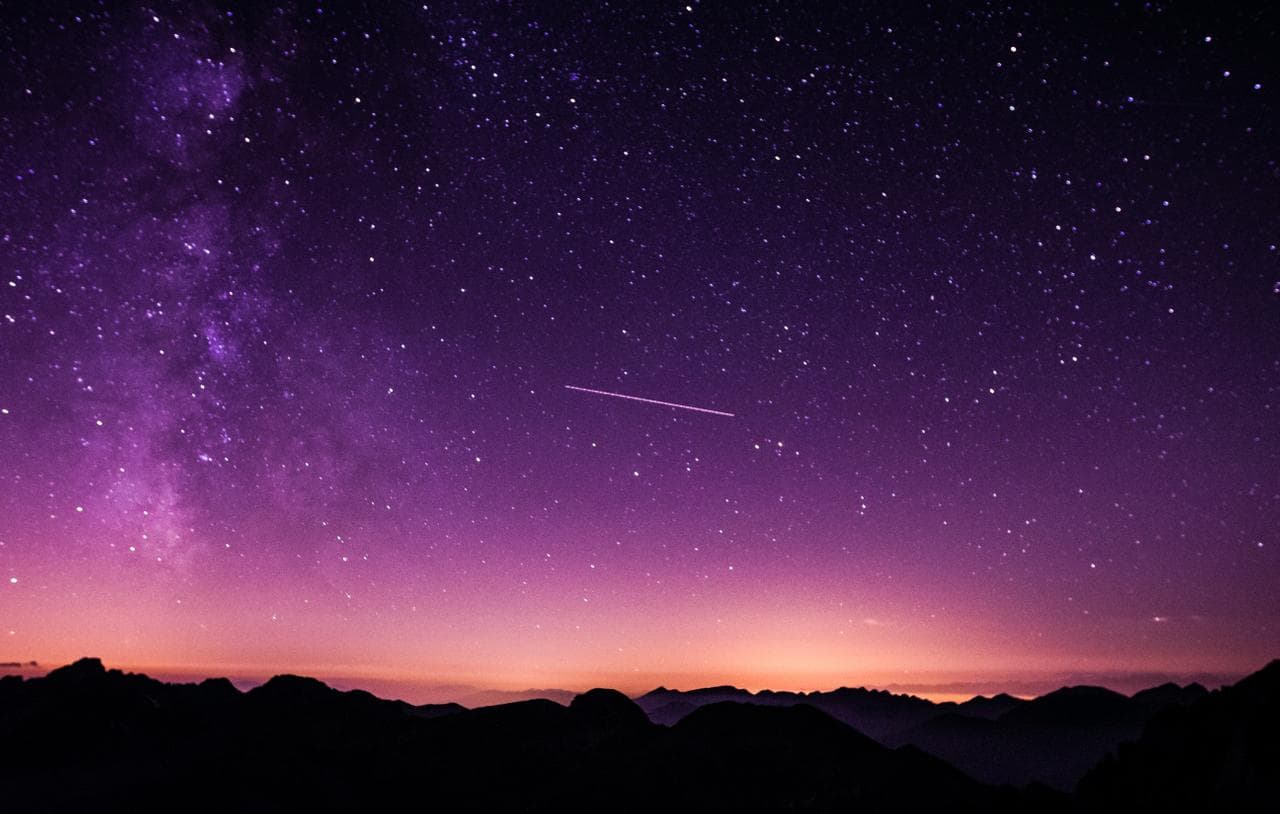 One of the things I really try to do well with Eyes on the Sky is share good, factual information about what can be seen well in the night sky, by most amateurs. Are there a lot of faint things that could be seen that I overlook? Yes. Are there are lot of not-so-great things that get hyped by some media sources of people looking to boost their views or clicks or whatever? Yes also. As such, somewhat frustratingly, I have recently seen one making the rounds with a headline saying unequivocally "We will see 100's of meteors per hours!"

This is just plain FALSE.

So perhaps it goes without saying that nothing annoys me more when I see plainly sensational language used to describe astronomical happenings. This latest one - which I see nearly every year - is the Lyrid meteor shower. We may see that many Lyrids - IF - there is an outburst, which will only happen IF we are very lucky to go through a particularly dense stream of particles which is not likely to happen this year.

To provide a bit of context first - let's look at some accurate information. The ZHR - or zenithal hourly rate - is "...the number of meteors a single observer would see in an hour of peak activity, assumed the conditions are excellent (stars visible up to magnitude 6,5)."

So, the peak is the hour around which the Earth is expected to plow through the greatest number of meteors. For some meteor showers, that may occur for you during the daytime. Not an ideal ZHR there, obviously. And another set of wrinkles: What is your local light pollution like, and is the Moon phase a factor? Because here's the thing: Meteors are rated on brightness just like stars. Some are bright - 1st or 2nd magnitude (fireballs can be MUCH brighter), and faint ones in the 4th, 5th and 6th magnitude range.

But if you cannot see 4th magnitude stars, guess how many 4th, 5th and 6th magnitude meteors you're going to see?

Now, that ZHR means ALL meteors visible at peak. The fireballs, the bright 1st and 2nd magnitude ones, and the 4th, 5th and 6th "barely visible under ideal circumstances" ones. The "great" meteor showers every year are the Perseids in August (90 meteors at max ZHR) and the winter Geminids and Quadrantids (120 meteors at max ZHR).

Think about that for a moment: At maximum, the BEST meteor showers produce 120 meteors per hour - or about 2 every minute. And that's under ideal conditions, and includes all meteors - all the bright, medium and faint ones possible to see by an observer.

Realism about the Lyrids

The Lyrids produce, on average, just 20 meteors max at ZHR. 60 minutes / 20 meteors = One meteor every three minutes on average. And that INCLUDES the faint ones. AND that's at the peak! So maybe knock that down by half or more assuming you can see 3rd magnitude or brighter (this assumes equal distribution of meteors by brightness). So... you might see 10 in an hour, at peak? One every 6 minutes. Outside of the peak? Even less, most likely.

All that said, this year is a good year to try. The Moon is completely out of the way, and in the United States at least (where I am writing this and where I have the most viewers and followers), the peak occurs at 6 UT, which is roughly around midnight-ish for most of us (a bit earlier for those west of me in Chicago). So that is indeed helpful.

But "100's per hour" because it has happened randomly a few times in the past? Yes, that's POSSIBLE, but also highly unlikely. Don't be disappointed if you do not see that. Be realistic and know what you, and others might very well see. And please share so we don't disappoint people about a meteor "sprinkle".

When and where to look

If you still want to try to see the Lyrids, cool! Dress warmly. Use a comfortable outdoor chair. Get away from - or block - as many outdoor lights as possible facing generally east. Importantly, for those in the U.S., though the peak is on April 22 at 6 UTC, that means YOU MUST LOOK ON APRIL 21 AT NIGHT. Universal Time is ahead of us, so you'll have get out there the day - well night - before, as when we back up 6 hours from April 22 at 6:00 UTC, we wind up around 1 or 2 am April 22, which means get out there that night (unless you like waking up at 1 am in the morning? If so, more power to you - I can't do that!). Going out around 10 or 11 pm should be fine - but keep in mind when that peak occurs compared to your local time.

Next, face that chair generally towards the northeast, but hopefully you can lean back. Most of the better-seen meteor of often more overhead, as the Earth goes through that stream of bits and particles that cause the shower... errr... drizzle. No binoculars or telescope needed. Just your eyes. Maybe a warm beverage (and avoid the alcohol - that can make you cold). If you have someone to spend the time outside with you, even better! You can look at partly different sections of the sky, and alert the other when one is seen so the other can turn quickly to see one.

Because remember - there will not be many of them!