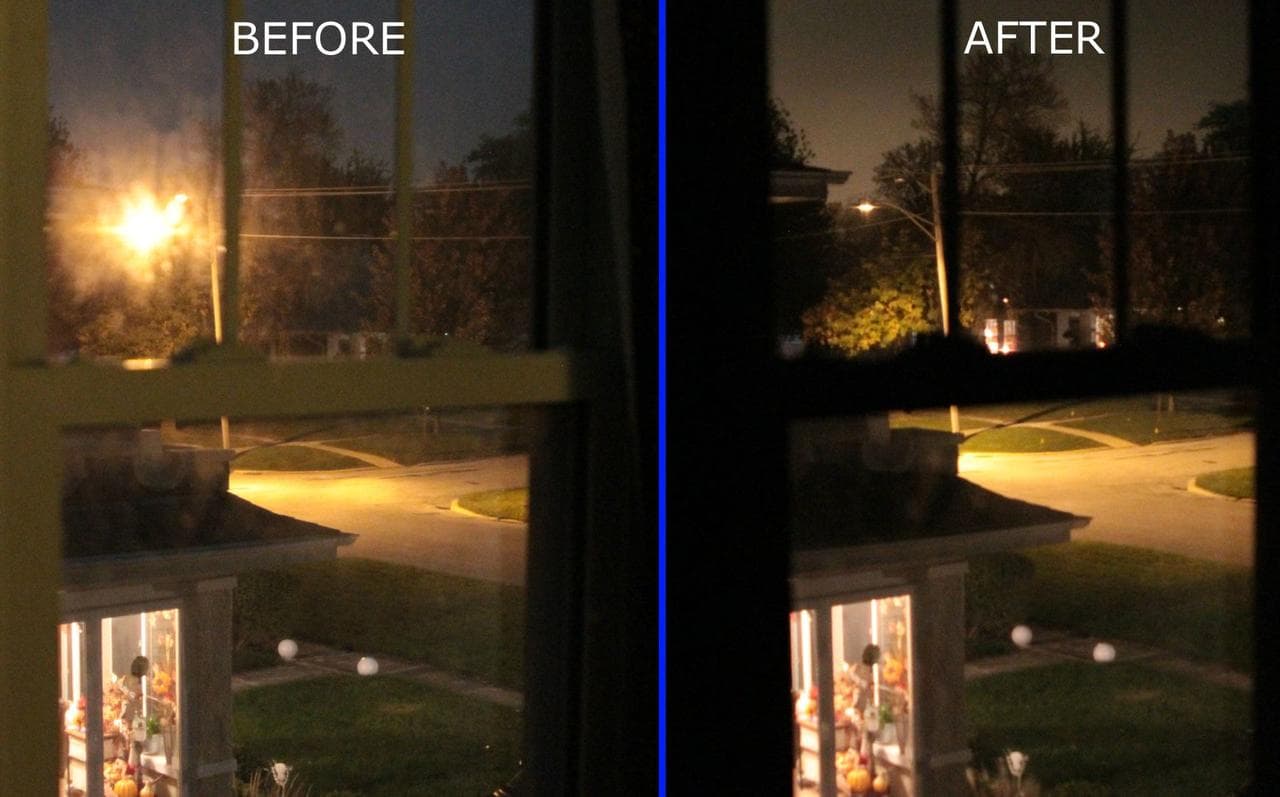 Eyes on the Sky as a website exists entirely as a means to raise awareness about light pollution and work towards reducing it. I started writing articles for my local newspaper to educate about the night sky and include a paragraph or two about light pollution, and then in 2011, moved to a worldwide audience with YouTube videos that are views in literally dozens of countries around the world. Marking 500,000 views in late October of 2013, I have been pleasantly surprised to have exceeded 600,000 views already in early 2014.

While this is personally satisfying on some level to have that kind of viewership, I often wonder about the real-world effects. Am I really making a difference? The Light Pollution forum at Cloudy Nights is a good resource, but not heavily trafficked compared to, say, arguments over the best eyepieces or whether reflectors are better than refrators. Sadly, many amateurs assume that the International Dark Sky Association will do this for them; they pay their annual dues, and hope for the best. What they don't realize is the IDA has a staff of just SIX PEOPLE. Six people aren't going to get light pollution changed in every locality. We ALL need to get involved. And you don't even need to spend time to do it on clear nights - just do it when it's cloudy or raining.

So I am issuing a challenge to amateur astronomers - or others concerned about light pollution and light trespass, such as birders, environmentalists, political financial watchdogs, etc.

What have you done to reduce light pollution this year?

See, I hear over and over the laments of amateur astronomers either complaining about light pollution, or indirectly mentioning it by talking of driving hours to dark sky sites or star parties with pristine skies. Yet many of us could take simple steps at home, right now to reduce light pollution.

You know what? I didn't know before, either. I learned; you can too. And I'll share what I do know.

Others have had successes too, at the political level. I got two stop signs added on a street where people drove at dangerously high speeds with little kids on the block. If I can do that, I can surely figure out how to have success with lights, even if I don't know how (yet).

Now, I've had setbacks as well. One neighbor I approached about changing their bulbs - whom I had conversed with, gently, on-and-off for a year - tried the silver crown bulb (which transformed my front yard literally instantaneously - but for only 48 hours), and then flatly refused to use it again, saying "It wasn't bright enough." Of course, that wasn't true - the light around the pole was actually a lot brighter - the difference was, it wasn't glaring in their eyes. I think that's what they meant. So it's a setback. Insurmountable? No. But it's going to take a lot longer to change that. I don't want to make enemies with my neighbor over it. So I'll keep at it.

What you need to know

Amateur astronomers, almost every last one it seems, is aware of light pollution: It blocks our visibility of faint objects like galaxies and nebula. While the larger population might see this as a quaint issue, "Oh, how cute, you can't see the stars... go to the country if you want to see them!!" what they often do not know or realize is that light pollution and light trespass affect far more than just a hobby of a tiny percentage of the population. And worse, though we know the problem best, we seem to be the worst at talking about it, because we're perceived as having an agenda for ourselves.

Don't make it about you. Make it about THEM. Though I could list dozens of things light pollution and light trespass affects negatively, I think focusing on the one that DOES affect everyone makes the most sense.

That's right: Light at night negatively affects sleep. And everyone needs sleep. So if there are two things you should know, here they are:

Melatonin is the hormone that helps you sleep. (It also has helpful benefits; there is a strong correlation between low melatonin levels and higher cancer rates - in other words, it's better if your body is producing melatonin naturally). Lights on in your bedroom are an obvious source, but think about anyone in a city: Streetlights always on, signs flashing. "Light block curtains!" is often the simplistic response.

What about during summer? You should be forced to run your air conditioning with curtains closed instead of getting fresh air, because someone else wants to run lights all night?

This is wrong. It's also unnecessary. The human eye evolved to see in the dark, with rods placed for excellent low-light viewing. Artificial light a night creates harsh shadows, making it harder to see in them. We can't light the whole night! So let's top trying.

So ask people, "How well do you sleep? Would you like to sleep better? I can show you how." And then talk about light trespass issues, and how the right kind of light aimed the right way will help everyone - for safety, for sleep, for health.

And do something about YOUR lights. Today.  Again, the challenge:

What have you done to reduce light pollution this year?

Do something. Change a bulb. Replace a fixture. Get politically involved, or call your electric company. Be polite, but be PERSISTENT. You probably won't get results on the first, second or even third try. The streetlights around me took four tries and over a year to get changed.

Even if you just do ONE THING, it's made a difference!

We can do this. But it starts WITH US, as in, ALL of us working together, making our small, incremental changes to have a large-scale effect. If we don't start now, who will? Running away from the problem won't make it stop. The light will follow you until there are no dark sites left.

Start making a difference NOW. This year. This month. This week. TODAY.

And if you do? Tell me. Send me a picture of you and the lighting before and after. I'll start highlighting them in future Eyes on the Sky videos. And you'll be able to start having conversations with neighbors, friends and family about better lighting.

Here is a helpful document from the Department of Energy - note some of the useful quotes you can use:

So an important thing to note for neighbors is you are not against all lighting - just poor or ineffective lighting. I'll add more to this page as necessary / applicable.