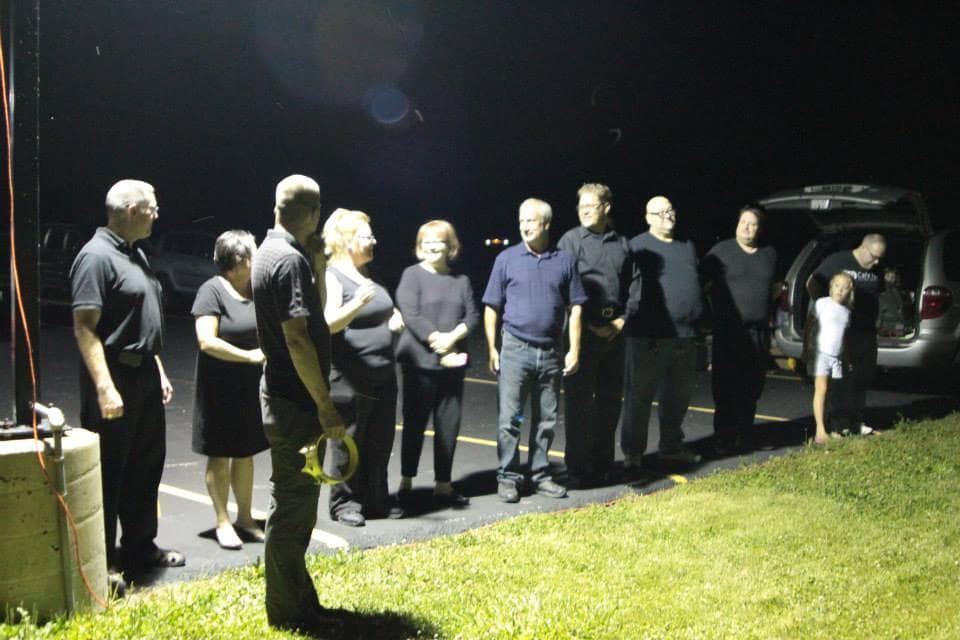 On August 2, 2014, members of the Kankakee Area Stargazers, the Kankakee Valley Theater Association, other members of the community, artist-in-residence for Kankakee Brandi Burgess and I put together a show for about 55 audience members at the Willowhaven Interpretive Center east of the Kankakee / Bradley / Bourbonnais area. See this previous blog post for information about the event; see pictures below for some fun scenes from that night.

The program ran 45 minutes, and amateur astronomers plus about half the crowd stayed for another hour and fifteen minutes to look at Saturn, Mars, the Moon and some other objects through a couple of telescopes that were brought by a couple members of the Kankakee Area Stargazers. Below are few photos from this theater-astronomy-mythology-outreach event.

Zeus gets taken to task by Hera for conceiving Arcas with Callisto. This was part of the mythological narrative used to tell the story of how Ursa Major and Ursa Minor were placed in the sky.

After each mythological skit was acted out, an amateur astronomer pointed out the corresponding constellations in the sky. Despite fighting the parking lot light and some high cirrus clouds, the audience was able to identify most of the stars relating to each story.

In this scene, Hercules is fighting the Nemean Lion, the first of his Twelve Labors. The lion is represented in the sky by Leo the Lion, the one constellation we couldn't view well that evening due to Leo having partially set for the evening.

Hercules tricks Atlas into supporting the celestial spheres again, and takes off with the Golden Apples of Hesperides, completing his Twelve Labors.

The narrator photobombs Cepheus, Cassiopeia and Andromeda as they attempt to take a "royal selfie."

Perseus the Hero saves the chained princess Andromeda from Cetus the Sea Monster during the Star Stories finale.

The cast of Star Stories takes a final bow under the parking lot lights. Overall, a great success!