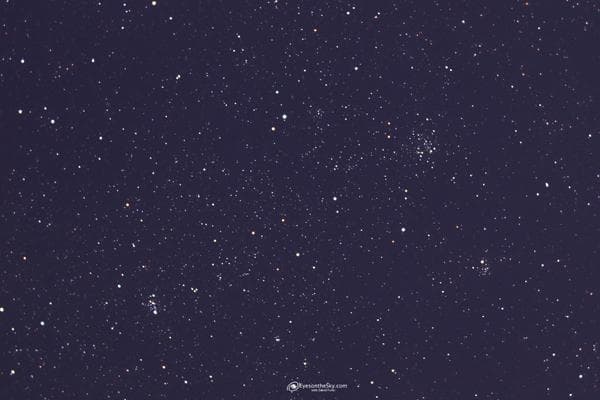 A detailed guide to finding / observing the open cluster

TOTS #4 is a detailed written and video reference to finding and observing the open cluster NGC 663 in the constellation of Cassiopeia. This guide is ideal for beginners, but many advanced amateur astronomers may find it useful. Note that NGC 663 is sometimes called the "Lawnmower Cluster." This guide will help you locate this open cluster whether your telescope has a magnified finderscope or a red dot finder.

Visitors who are new to this site may wish to get started here or if you are already familiar with telescopes and equipment but aren't sure where to get started, check out the Shapes in the Sky section on this site. The Cassiopeia video in particular will help you get in the right area of the night sky to locate this object.

NGC 663 is an open cluster within our own Milky Way galaxy. It is over 6,800 light years from Earth, so the photons from it reaching your eye in a telescope left that cluster about the time circular ditches - such as the Goseck Circle - were being dug as solar observatories in the 5th millenium BCE. NGC 663 is stil considered a young open cluster, with an estimated age around 20 million years. Here is how to locate it.

This is a good cluster for helping the observer understand what kind of viewing conditions they have, and what magnitude of stars their telescope will reveal. NGC 663 is only 16 arc minutes across in total, or just over 1/4 of a degree. So higher magnification will help in a couple of ways; one, it will frame the cluster nicely at a 1/2 to 2/3 degree field of view, and two, the higher power will darken the sky background, often assisting in revealing more stars.

How many more stars? There are about 10 of them that are 9-th to 10-th magnitude. That alone makes the cluster worth finding. These will be the easiest to find and see from most anywhere. But at 11-th magnitude (down to 11.4), close to 20 more can be seen. Add a bit more aperture, and for 12-th magnitude, and as many if not more are now observable. A 6" telescope at 100x to 150x magnification under reasonably dark suburban skies can show a lovely cluster and stars down to 13.5 magnitude, make this a magnificent sight.

Useful filter(s): Broadband light pollution filters may be useful in moderate to larger sized telescopes (114mm or larger) but only to darken the sky background at lower magnifications. The filter will also dim the brightness of the stars, so the benefit may be minimal or non-existent.

Photographs show much more of night sky objects because they can capture more photons for longer periods of time. As such, sketches of deep sky objects are perhaps one of the better ways to see what you might expect to observe at the eyepiece, because it is a rendering of what another observer's view was. This sketch is by Tom Corstjens, from a 279mm (11") telescope. While larger than many beginner telescopes, it provides a good idea of what may be visible under darker skies or with equipment 150mm/6" or larger too. 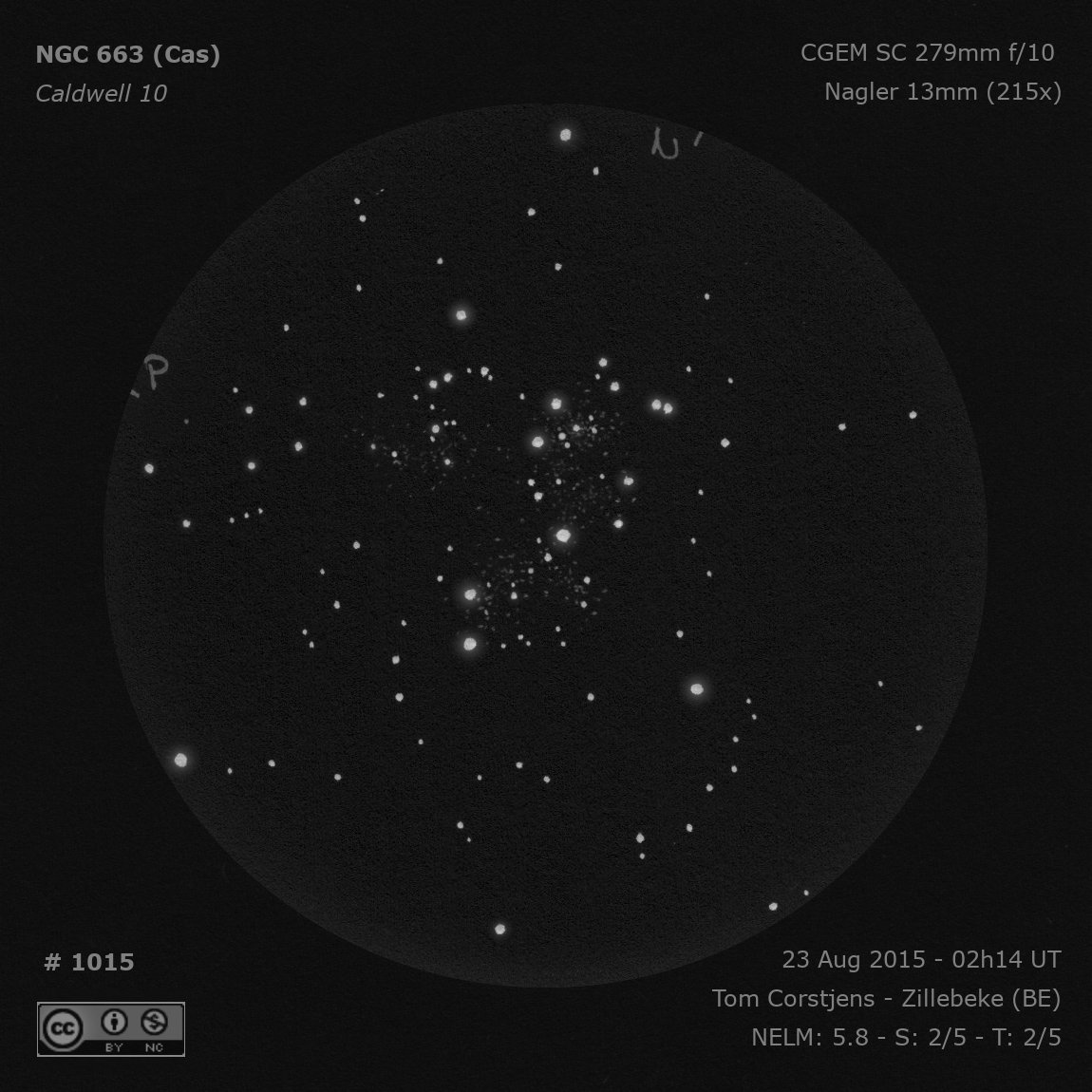 Sketch by Tom Corstjens. Used with permission and via the Creative Commons Attribution-NonCommercial 4.0 International license. To see more of his sketches, follow Tom on Twitter.

Because telescopes and observers are all different, here are some alternate sketched / drawn views of NGC 663:

Below is an approximate view of NGC 663 as seen with a 70mm telescope at 60x magnification, and a 0.9 degree telescopic field of view. 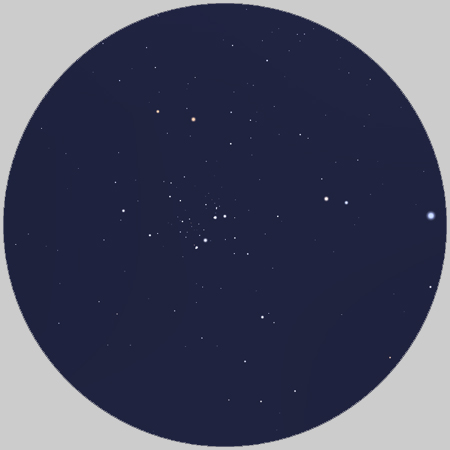 Graphic demonstrates how view would look with objects on the meridian using a refractor telescope and a star diagonal.  Other telescopes or object sky positions may incur a differing view.  Various magnifications, eyepieces, telescope focal lengths and other variables may alter the view compared to this one.  This is a representation only intended to help the observer get some idea what they may see at the eyepiece.  Extreme local light pollution may block the view entirely.

Here are some other nearby Telescopes On The Sky objects you can find and observe with any small telescope: