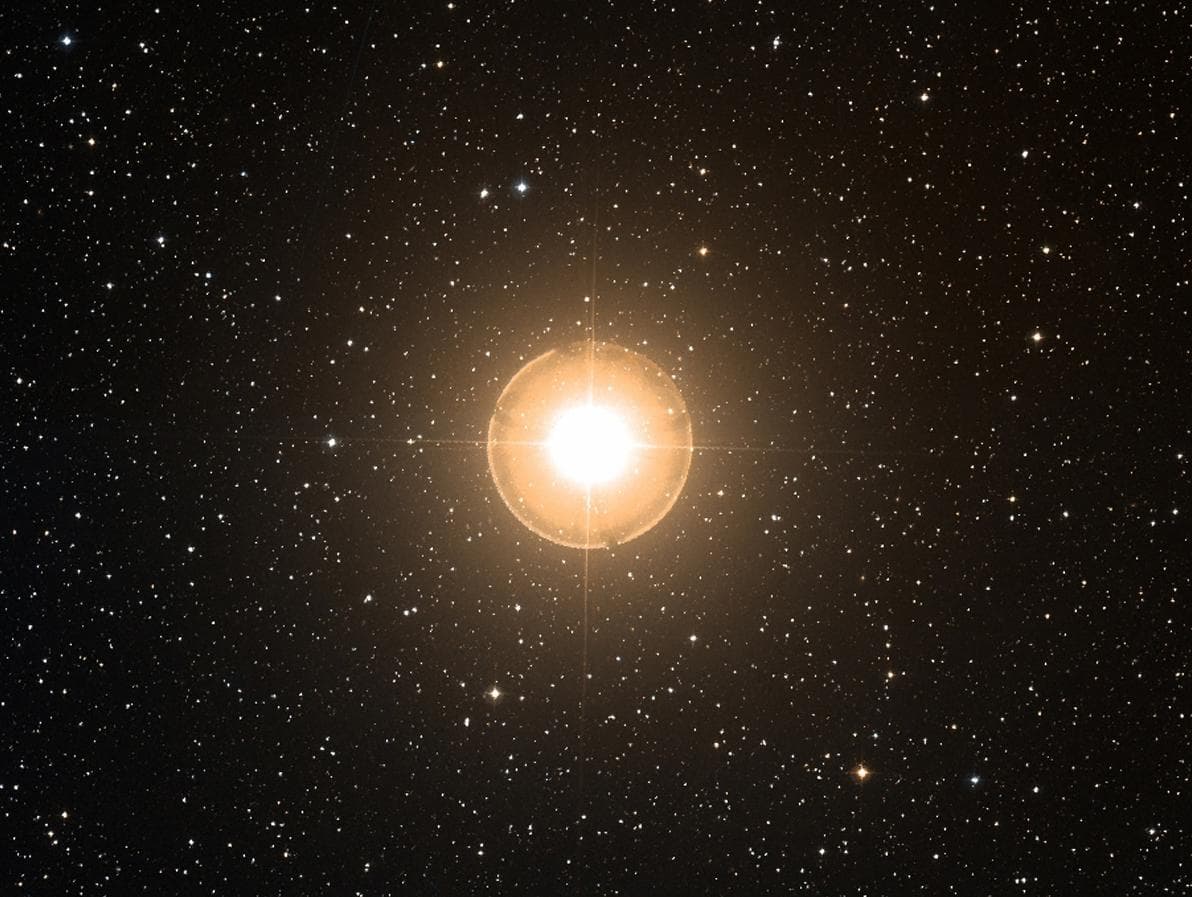 How to find and observe Almach (TOTS#6)

A detailed guide to finding / observing the double star

TOTS #6 is both detailed written and video references to finding and observing the double star Almach (also known as Gamma Andromedae) in the constellation of Andromeda. These guides are ideal for beginners, but many advanced amateur astronomers may find these useful. This tutorial will help you locate these two galaxies whether you have a magnified finderscope or a red dot finder.

Find Gamma Andromedae in the sky

Gamma Andromedae is a rather interesting double star within our own Milky Way galaxy. First, the primary is a very yellow star, and the secondary an intense blue. At over 350 light years distance, the light from these stars reaching us today left not long after Christian Huygens proposed that Saturn had rings... in the 1600's! But the star gets even stranger. The dimmer blue secondary is itself a double star, averaging a Sun/Neptune distance. Stranger still, the primary of THAT system is ALSO double! So Gamma Andromedae is really a quadruple star system.

For almost any type of telescope, learn how to find Gamma Andromedae here:

This star is a lovely double star that is easy to split into a pair in most any telescope. Additionally, while many deep sky objects are devoid of color, Almaak offers up a wonderful contrast in colors: A brighter, yellow primary star, and dimmer, pale blue star.

Separated by 10 arc seconds, medium-to-high magnification provides not only a better split of the two components, but also deeper color contrast. This is especially true with smaller telescopes because they will often show the color better than larger aperture telescopes, that can wash out the color. But in larger telescopes - 150mm or larger - the hues may stand out a bit more with greater magnification. When the magnification is increased, the color can become more apparent.

Fun fact: Slightly de-focusing the star can actually show the colors more clearly, as they are spread out more for the eye to view. Due to the close separation, do not defocus them very much, but try it and see how the colors appear to you. Intentionally not dark adapting can also be useful.

Useful filter(s): None needed or required.

Because telescopes and observers are all different, here are some alternate sketched/drawn views of Almaak:

Below is an approximate view of Almaak (Gamma And) as seen with a 70mm telescope at 150x magnification, and a 0.35 degree telescopic field of view. (The separation at this magnification is easier to see in a telescope than the graphic shows due to the size of the primary star as rendered by software.) Demonstrates how view would look with the double star on the meridian using a refractor telescope and a star diagonal.  Other telescopes or object sky positions may incur a differing view.  Various magnifications, eyepieces, telescope focal lengths and other variables may alter the view compared to this one.  This is a representation only intended to help the observer get some idea what they may see at the eyepiece. 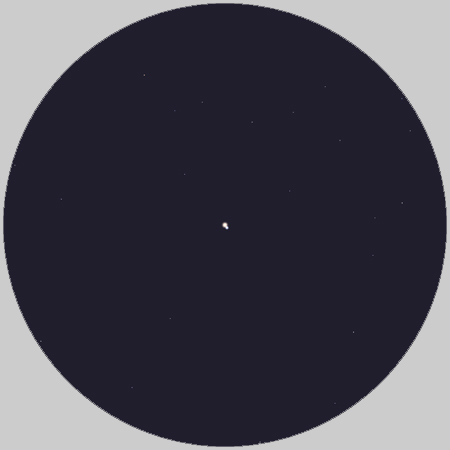 More about the constellation this object is in:

Associated asterisms: One star forms the fourth point in the "Great Square of Pegasus"

Relative size: 19 out of 88 (Camelopardalis is next larger, Puppis is next smaller)

Telescopes On The Sky objects that can be found in this constellation: Messier 31/Messier 32, Almach (Gamma Andromedae)

Brightest stars in Andromeda, by magnitude