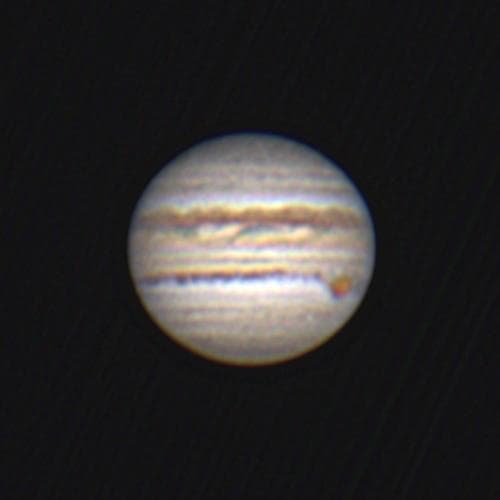 How to Better Observe the Planets with a Telescope 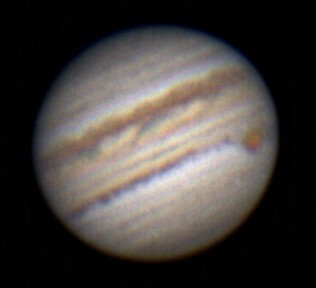 Tips for observing the planets

Planetary observing differs from deep sky objects observing in a few key ways. Most obvious is that the brightness of the naked eye planets far exceeds that of even the most prominent deep sky objects. So light gathering is less of an issue. This may make it seem like a larger telescope is not required, but more on that later. Also, the planets are closer to us than deep sky objects, contributing to their increased magnitude. However, since the planets are small in angular size – even Jupiter, at largest, is still smaller than 1 arc minute across – this means that more magnification is required to see that detail that the planets offer.

Let's talk angular size: The Moon is a half a degree across, or about 1800 arc seconds. Jupiter, by contrast, is at most about 50 arc seconds across, less than 3 percent that size! Saturn is slightly smaller, Venus can vary greatly in size, but offers little detail, while Mars and Mercury are both comparatively tiny, with Mars – at ideal oppositions once or twice every 15 years – is just 25 arc seconds across (half of Jupiter's size), despite Mars being closer to us. And some planets just don't show much detail – Mercury and Venus, for example, will display phases like the Moon does, but there's not much to see beyond that (unless you are one of the lucky ones to see the “ashen light” on Venus?).

Here are the maximum and minimum angular diameters of the planets, as seen from Earth:

Given that Mercury, Venus, Uranus and Neptune don't offer much of any detail for even moderate ground based telescopes, that really leaves us with just three planets to view for something more than phases. So how do we make the most of observing them?

Poor telescope optics will scatter the incoming light, which can smear fine, subtle details. With their small size, every photon counts, so using better quality scopes matters.  Fortunately, even small, inexpensive telescopes tend to have at least decent optics - however, the rest of the instrument may need some work.

Less expensive eyepieces can do the same thing as poor telescopes; scatter light, and with low quality anti-reflection coatings, can actually reflect light inside the eyepiece. Top that off with poor baffling, and “ghosting” can occur, leading to multiple and more smearing of images. Use good eyepieces for planetary viewing (and it won't hurt to use them for deep sky observing either!).

Crank up the power!

But not TOO much!  Claims of "575x magnification!" for small telescopes is unrealistic. On most nights, the maximum magnification that ANY telescope can really achieve on the planets is about 150x, due to something called “atmospheric seeing.” This is a term that relates to the “steadiness” of the atmosphere above us, and importantly, BETWEEN us and the planet we are viewing. The steadier it is, the more we can see. If the stars are twinkly furiously, it's probably not a good night for planetery viewing. On the other hand, if it is hazy and the stars are steady, you may be able to push the magnification more. Ideally, the limit SHOULD be about 50x - 60x per inch of aperture. So for a 4.5” scope, the most you'd want to magnify is 270x or so. But on truly steady night, you can sometimes push it higher, to 75x or 100x per inch. But if the image “breaks down,” reduce the magnification back down to the clearest image you can get. Larger doesn't mean better; clarity is what matters here.

The larger aperture you use, the more magnification you can achieve. Superior optics matter in this regard; parabolic mirrors polished to 1/10 wave accuracy or better will provide better views than those at ¼ wave. Also, a larger instrument can provide greater resolution than a smaller one – that is, it can allow you to see finer details that a smaller instrument simply cannot, all things being equal. Some people swear by refractors, but the fact is, a 10” reflector can still out-resolve a 6” refractor.

And this is where the “all things being equal” argument comes into play. Just as the turbulence in the atmosphere can affect what you see, so can the thermals inside your telescope tube. Refractors tend to suffer from this less, as the light is immediately bent away from the tube after passing through the lens. With reflectors, the light must go down the tube, then bounce back up. Plus, a mirror at the bottom of the tube that has stored heat all day and is now releasing that heat at night is releasing those thermals INTO THE PATH of the incoming and reflected photons! A cooling fan set up behind your mirror to cool off the primary to ambient temperature more quickly will help not only with thermals, but the way the mirror forms an image, as a cooling mirror also changes shape. And larger mirrors store more heat; smaller ones store less. There's a balance, and sometimes a smaller, cooled refractor (or reflector) can outperform a larger, not-yet-cooled reflector.

Steady as she goes

Some people like using Dobsonian mounts to track planets; others prefer equatorial mounts. Either way, you're pushing the magnification up to higher levels, so the important aspect is making sure your mount is solid. A shaky, wobbly mount won't show anything at high magnification, because you won't be able to see the planet long enough to even focus it! Solid mounts matter; if larger is your cup of tea for a scope, go big with the mount too.

Astronomy retailers sell colored filters for use on planets. Some observers think they are a waste of time and money; others swear by them. What filters CAN do is block certain wavelengths of light, helping improve the visibility of certain features. A green #58 filter can help spot darker areas on Mars, or help polar caps pop into view, and an #82A on Jupiter can enhance the features of the bands on Jupiter, etc. The fact is, those features are already there – what the filters do is help you see them a bit more clearly, though the effect is subtle. But once you've learned to spot those features with the filters, the filters may lose their effectiveness you. Or, you may wish to use them every time your observe planets. If you want some, try buying used ones - that way you can resell them if you find them less than helpful after a time.

Though the practical limit to the magnification may be 50, 60 or even 100 times on great nights, it is helpful to calculate the exit pupil as well. Anything smaller than 1mm is really pushing what you can see, and this is where aperture helps. But importantly, it is at 1mm that more detail can sometimes be seen, as the higher magnification dims the overall image, allowing your eye to not be blinded by brightness and picking off the important details.  This assumes though, that the image remains sharp and clear at such a magnification.

How to calculate exit pupil:

Exit Pupil = Telescope aperture / Magnification provided by a give eyepiece

Despite the fact that steady nights are rare phenomena, on all but the worst nights of seeing, there are often moments of clarity that arrive for short periods of time – often just a few seconds here and there. Be patient, continue observing, and when the steady moments arrive, notice all the detail you can. Your mind will “fill in” those areas later as the seeing worsens, but take your time when viewing planets. The patient planetery viewer is rewarded when the moments of steady seeing occur.

Overall, what you want to balance is maximum clarity of features, and the highest practical magnification. On the poorest nights, that may mean you can only go to 100x or 150x. On the very best nights – perhaps 2 or 3 times per year for many areas – you may be able to push your scope to 200, 300 or 500x magnification. And in those times, observe the planets as much as you can. Teasing out details on the average nights through patient observing will make those nights of “great” seeing that much more special, and you will have trained your eye to eke out as much detail as possible. Enjoy them while you can as they will very likely be rare, except for those fortunate to live in exceptional locations where the seeing tends towards the steady.